This patch adds more consistency to the damage that abilities deal to opposing abilities, tweaks to everyone’s favorite two robots, and a follow through on our attempt to adjust our rank distribution mentioned in a previous Ask VALORANT. 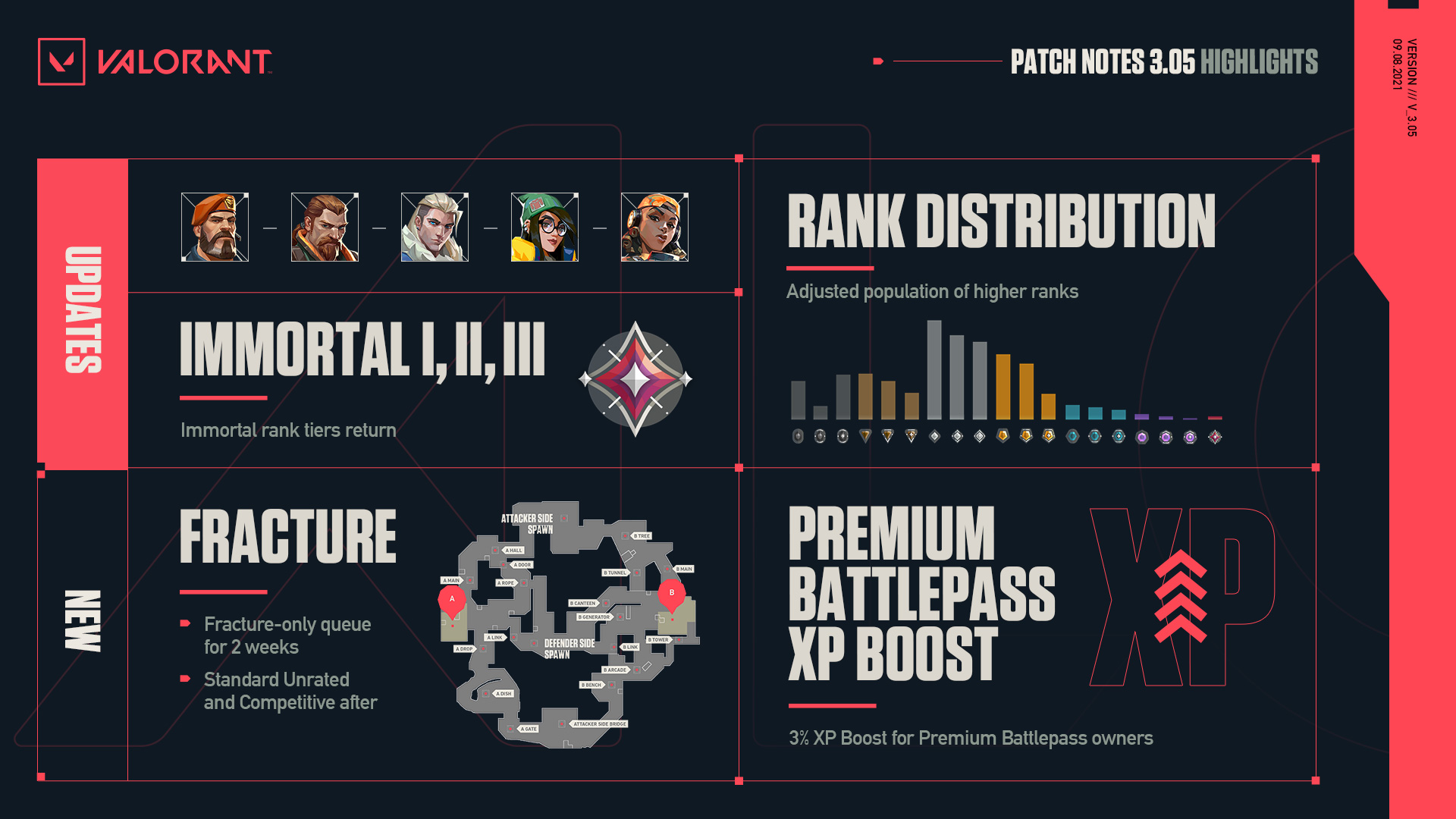 Brimstone, Sova, and Breach are all receiving consistency changes to ability damage. We want to reward those of you who are creative with the ability sandbox, using your tools to solve the obstacles other Agents are creating. To ensure this, physical objects across VALORANT need to interact in a reliable and consistent manner, so you can properly plan and execute without knowing ability-specific interactions.

Killjoy’s Turret is a versatile ability that provides information, chip damage, and a powerful slow. While manageable during mid to later rounds, the Turret can be especially oppressive on pistol rounds down longer sightlines, where the tagging intensity combined with weapon spread makes it challenging to press forward. These changes aim to slightly tone down the Turret’s ability to impede rushes, and give opponents more counterplay options.

The Boom Bots' ability to clear space, spot, and track opponents, as well as one-shot enemies with Light Shields, left you with limited options on how to counterplay—especially during low economy rounds. So, we’re trading off reduced damage output for an ability cost reduction in order to introduce more Boom Bot counterplay options. This should also increase the frequency that Raze mains can use Boom Bot to create space.