The 10 best teams of VALORANT Champions Tour Stage 2 - Challengers SEA will meet from Thursday, April 29th to Sunday, May 2nd for the ultimate regional showdown and take their first step towards VALORANT Champions. The winning team at the VCT Challengers SEA - Playoffs will represent the SEA region in VALORANT Masters: Reykjavik, competing alongside the best teams in North America, EMEA, Brazil, LATAM, Japan, and Korea.

WHICH TEAMS HAVE QUALIFIED?

Teams across the region have spent weeks playing in VCT Stage 2 Challengers tournaments. Out of hundreds of teams that participated in open qualifiers, these teams qualified with their circuit points, earned from their strong regional performances to be one of ten top teams representing Southeast Asia in the VCT Challengers Playoffs. Here are the qualified teams - 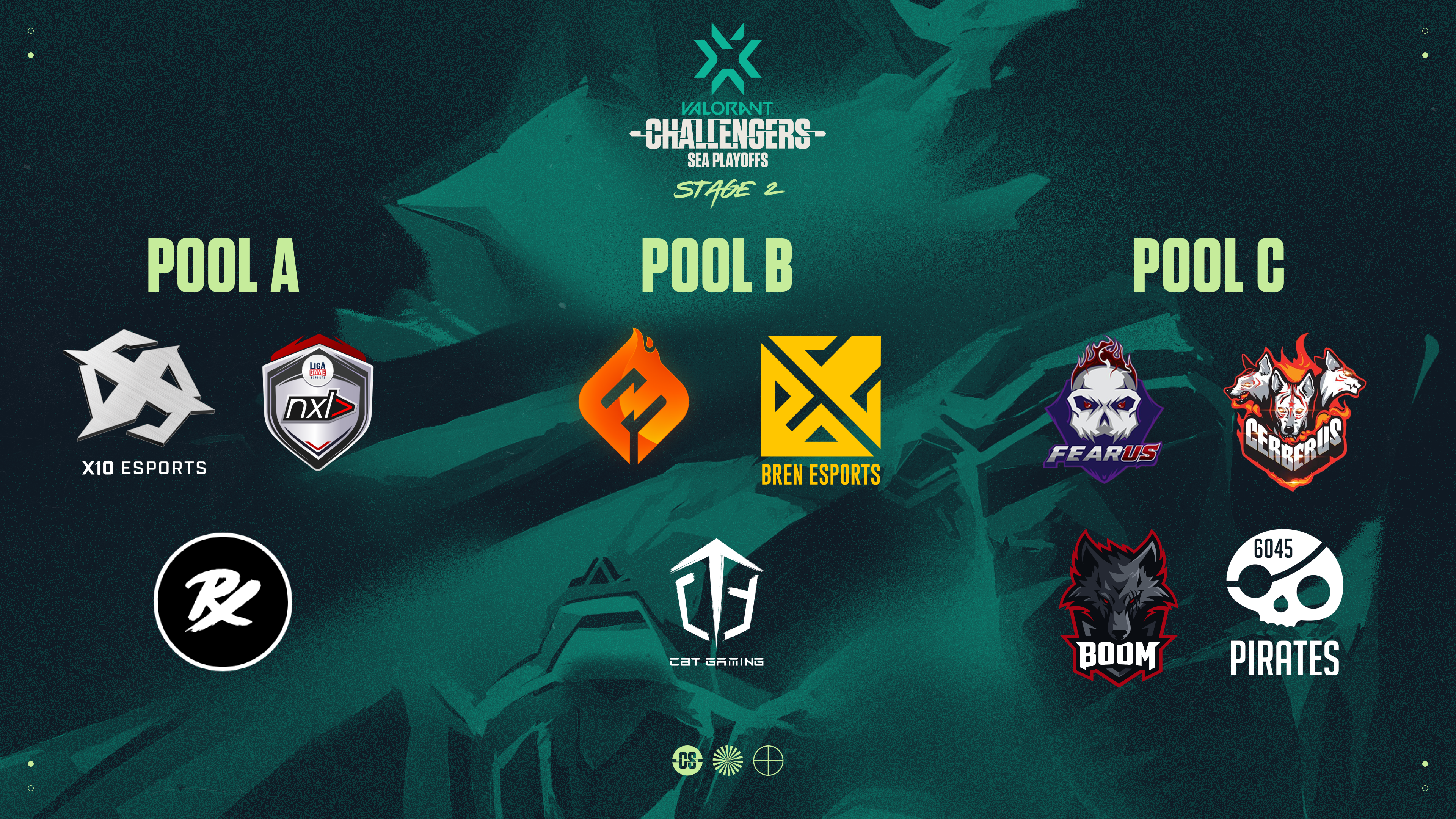 Teams have been segmented into groups based on regional performance at Masters 1. With the addition of Vietnam, we had to expand to a third pool that will act as a small, play-in pool.

HOW DO THE VCT STAGE 2 - CHALLENGERS SEA - PLAYOFFS WORK? 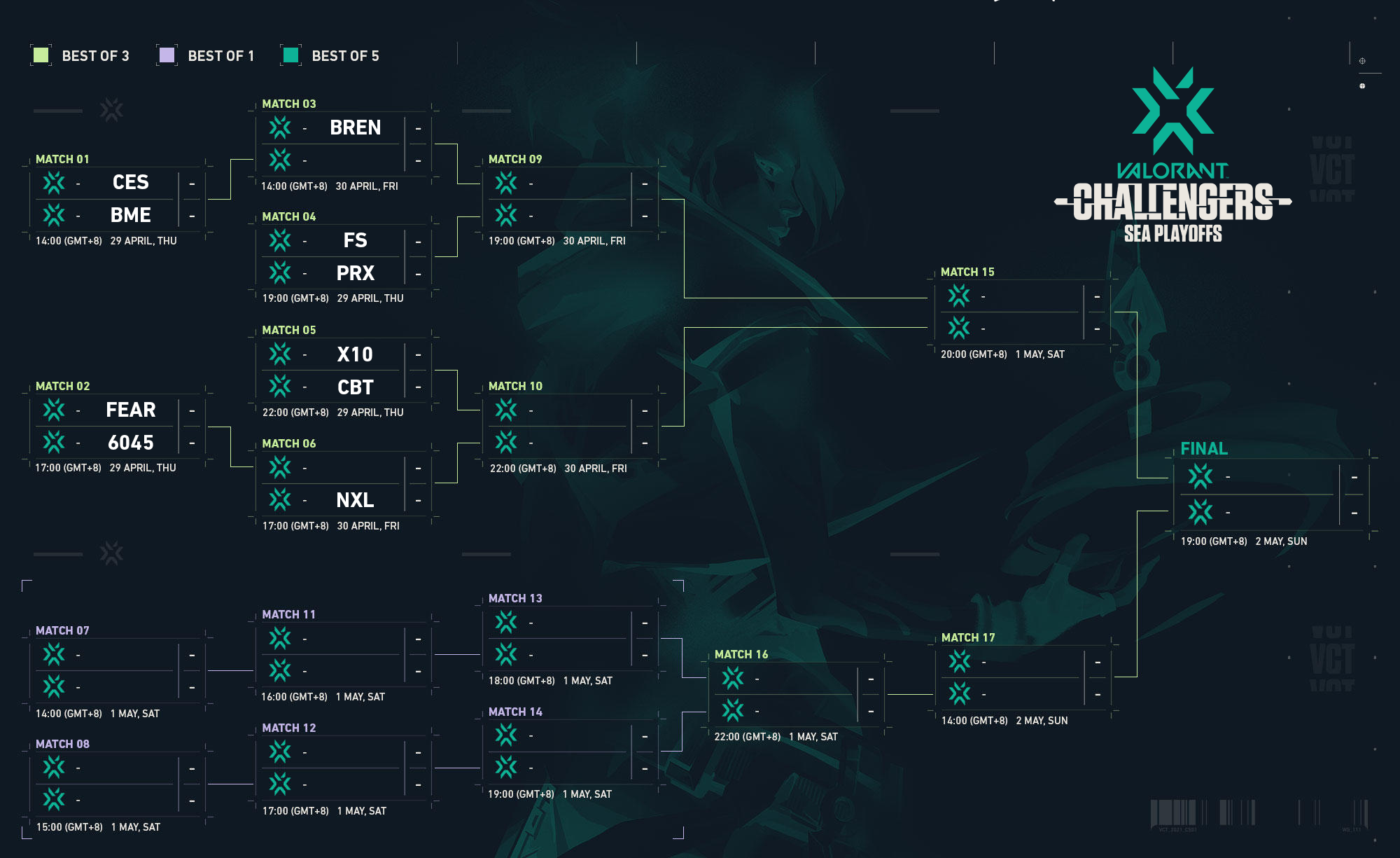 Teams will be drawn into a 10-team, double elimination bracket with the added rule of not allowing two teams from the same region to be on the same side of the bracket. This allows players and viewers to experience as many region vs. region match-ups as possible during these playoff events. The upper side of the bracket is Best of 3 up to the winners final, while the lower bracket is Best of 1s for the first three rounds, followed by the Best of 3 to the losers final, eventually concluding with a Best of 5 grand final. We are always experimenting with formats and wanted to retain a double elimination format to fit a single weekend schedule.

Not only do the VCT Regional Challengers Playoffs qualify the best Southeast Asian team heading to VCT Masters: Reykjavik, there are prize pools and circuit points on the line too. Collecting circuit points is one of the ways to secure a spot at VCT Champions, our year-end grand world finals. Teams collecting points early on can be crucial in allowing them to take their first steps towards the biggest VALORANT esports event of the year. Our region’s top 10 teams will compete for a prize pool of US$50,000 and 270 circuit points. 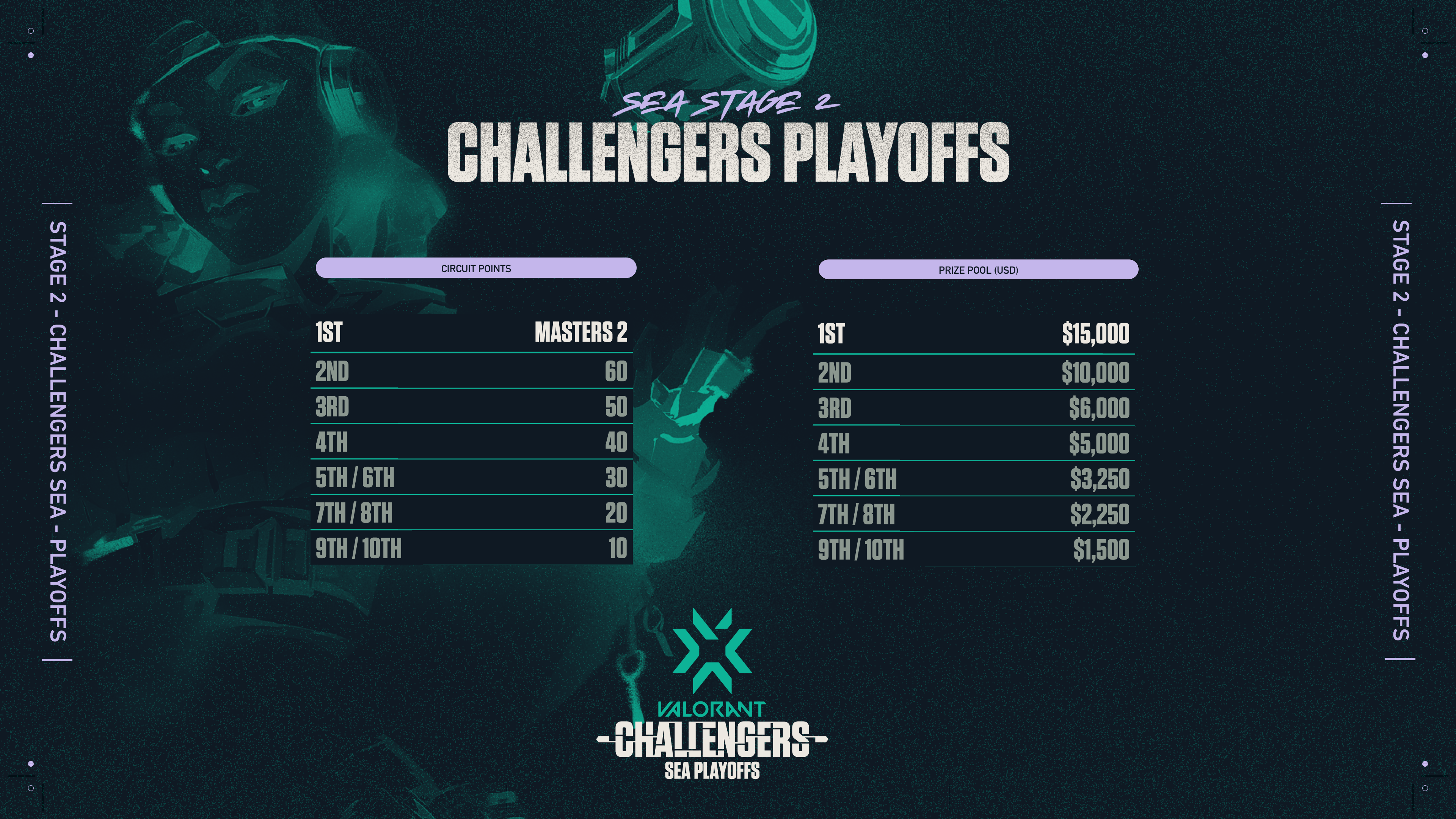 WHERE CAN I WATCH AND STAY UPDATED?

The action starts on Thursday, April 29th, with matches commencing from 2:00PM SGT every day. Details of the schedule can be found on the VCT Challengers SEA - Playoffs webpage or valorantesports.com with broadcasts for the following languages -

Remember to follow these pages for the latest news, updates, and information on the VALORANT Champions Tour SEA.