With the VCT Stage 3 Masters: Berlin now underway, teams are competing for Circuit points that will allow them to qualify for the upcoming VALORANT Champions 2021, VCT’s inaugural end-of-year final that is scheduled to return to Berlin in December.

Teams who do not qualify for Champions during Masters 3, will be given one last chance to fight for a place at the event through the VCT APAC Last Chance Qualifiers (LCQ) that is scheduled from October 11-17. Don’t miss out on the action as some of the region’s best teams fight for one last seat at the VALORANT Champions!

The APAC LCQ will see 10 teams from 5 regions compete for a single spot at Champions. Current LCQ team allocations are as follows:

Slots will be awarded to teams who hold the most Circuit points in the region and have not already qualified for the event. These teams are determined following the outcome of the Stage 3 Masters tournament in Berlin. Slots will also be allocated in regions where Circuit points were not awarded. In this case, the top performing teams from the largest events to date will be invited to participate in the APAC LCQ. 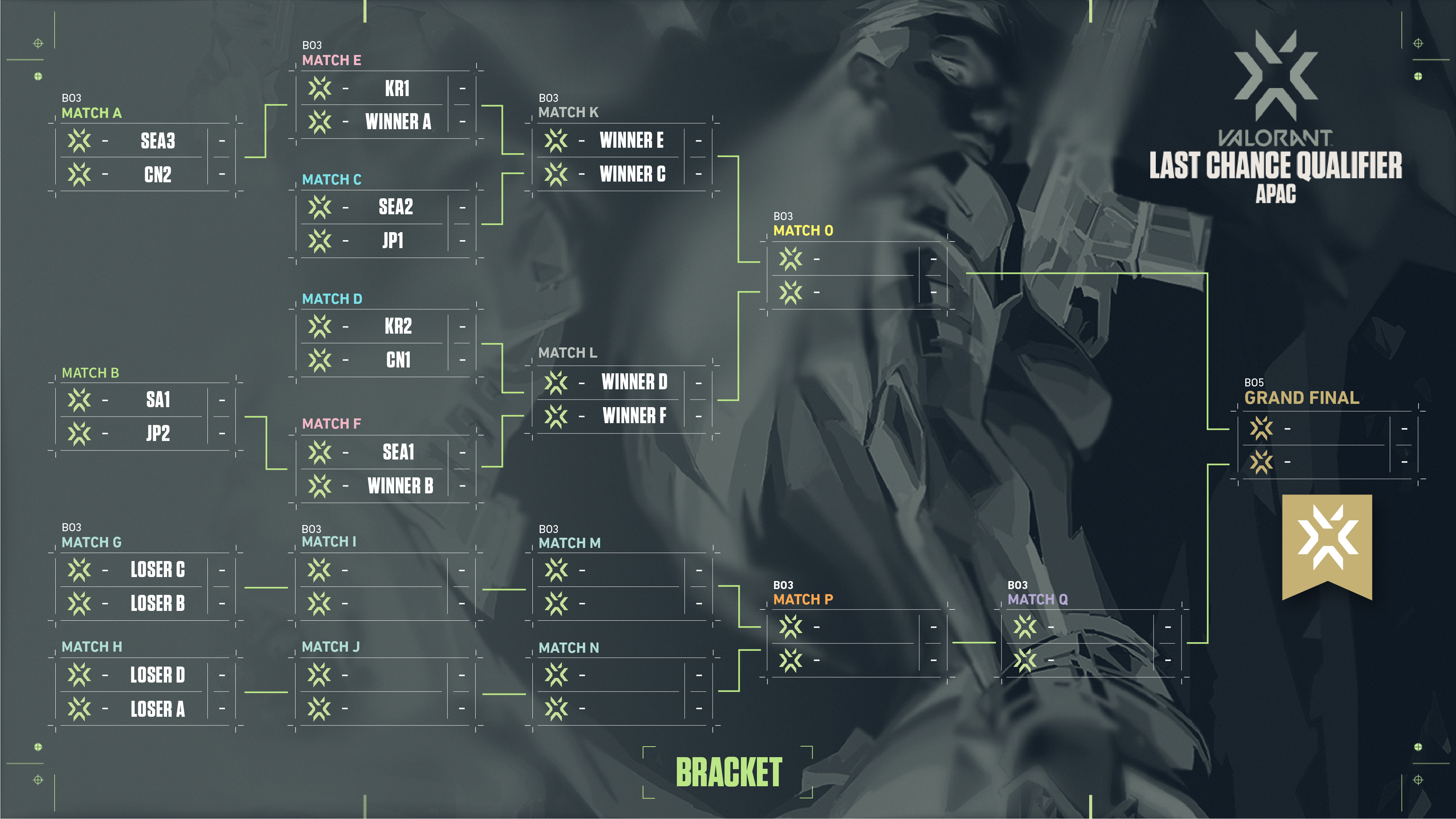 To create the 10 team bracket, the top seeded teams from Southeast Asia, China, Korea, and Japan will be seeded into the second round with the rule that Southeast Asian teams cannot be matched with each other in the initial rounds. Remaining teams will be randomly seeded for the first round.

Teams will fight through a double elimination bracket with a best-of-3 format at each stage between October 11-16, before culminating in the Grand Finals which will be in a best-of-5 format on October 17. The victorious team will be awarded one final seat in the upcoming VALORANT Champions, and a chance to represent their region in VCT’s first-ever global finals tournament!

Maintaining the competitive integrity of our tournaments, while ensuring the health and safety of all our teams, players and crew, are top priorities for Riot Games. Thus, in light of tightening travel restrictions and increasing quarantine requirements across the APAC region, Riot has made the decision to hold this year’s APAC LCQ as a streamlined, online-only event.

HOW TO WATCH & STAY UPDATED

The APAC LCQ will kick off on Monday, October 11, with broadcasts commencing from 3PM GMT +8 for the initial rounds and 5PM GMT +8 for semi-finals and finals. Full details of the schedule can be found on VALORANTesports.com or on our local partner pages, with broadcasts for the following languages -