First Strike Kicks Off in NA

This Thursday, December 3 marks the beginning of VALORANT First Strike: North America, a four-day, cut-throat tournament featuring the region’s top eight teams, all vying for a piece of the $100,000 prize pool and title of North America’s first VALORANT champion.

Along with our region’s best VALORANT talent, First Strike: NA will bring together some of the most beloved personalities in and outside of VALORANT, including: 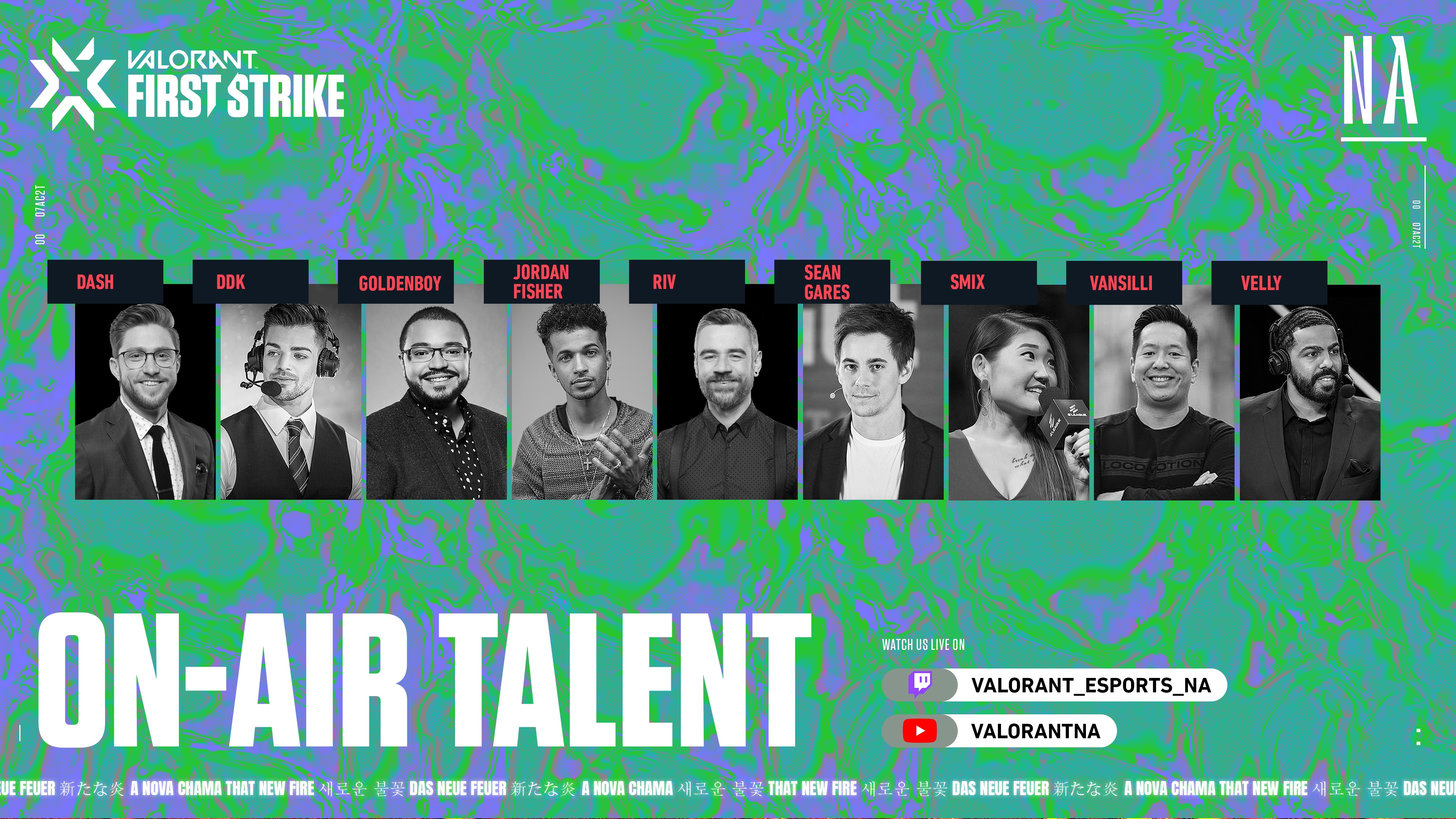 The single-elimination tournament will begin with our region’s top eight teams (in order of their seeding by the Nerd Street Gamers and UMG qualifying tournaments, from first to eighth): Team Envy, 100 Thieves, Sentinels, Renegades, TSM, FaZe Clan, T1, and Immortals.

The eight finalists will battle through the best-of-three quarterfinals and semifinals to earn their spot in the best-of-five Grand Final showdown. Matches begin at 1:00 PM PST from Thursday, December 3 - Sunday, December 6. 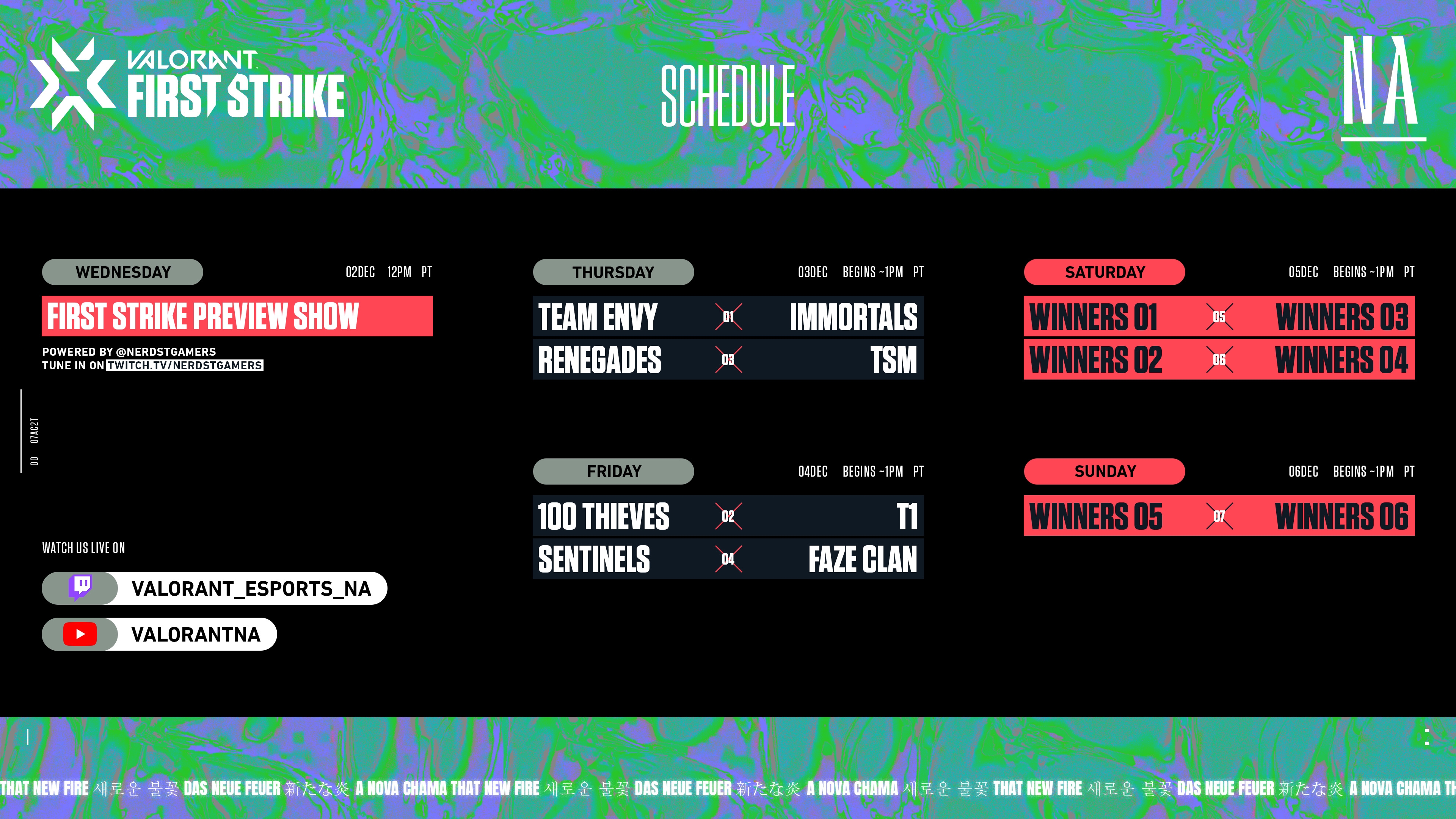 To learn more about our finalists and get ready for the main event, check out the First Strike Preview Show, produced by partner Nerd Street Gamers, on Wednesday, December 2 at 12 PM PT on twitch.tv/nerdstgamers or twitch.tv/valorant_esports_na. Jacob Wolf, Riv, ddk, 100 Thieves’ Hiko & TSM’s Tailored will get you up to speed on the competition.