Here’s what you need to know about the VALORANT Champions Tour 2021: Last Chance Qualifier.

LCQ is an invite-only 10-team LAN double-elimination tournament where the winner will walk away with a ticket directly to Champions. Lucky for all teams involved, Sentinels are not participating.

To be invited, teams need to have earned enough circuit points in the VCT tournament season. Adding a little spice, our friends in Oceania are sending over their two best teams to join in on the melee.

Out of an abundance of caution due to the changing nature of COVID-19, this event is closed to the wider public, but will be streamed live.

To get to 10 teams total, we’re going to take the top eight teams in North America who haven’t qualified for Champions plus the winner and runner up of the VALORANT Oceania Tour 2021: Championship.

Masters: Berlin will have major implications on LCQ teams from NA depending on how Sentinels, 100 Thieves and Envy finish at the event. 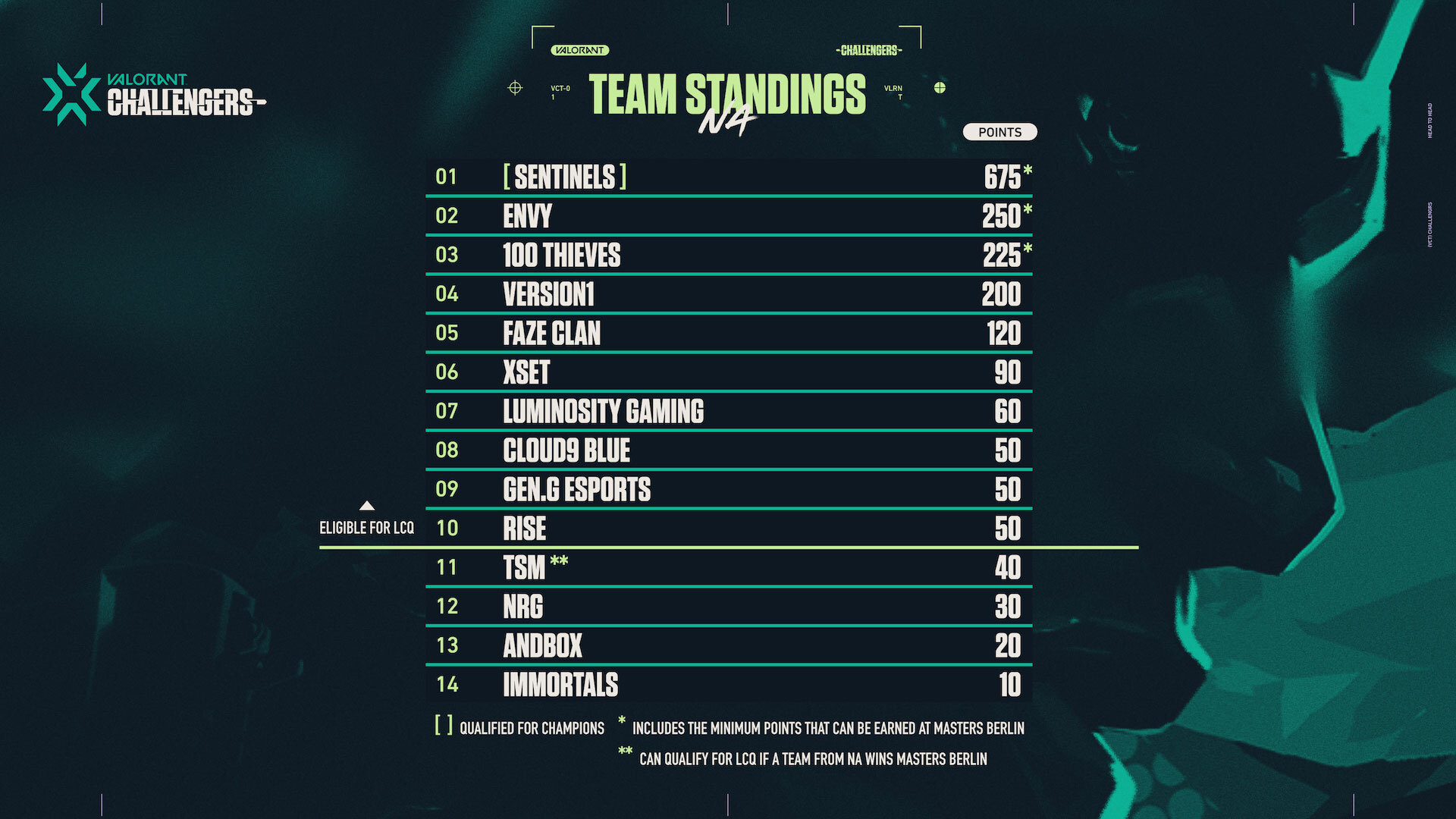 Envy and 100 Thieves have three options:

Things get a bit more complicated for TSM, as they find themselves in the unusual position of rooting for their regional peers. If any NA team can claim victory at Berlin, TSM will earn the final spot at the LCQ. If anyone else wins, see ya next year, TSM!

So you’re saying there’s a chance…

Yes, there is a chance that NA could have as many as four regional reps at Champions.