Hey Gamers! My name is Jared Berbach, Producer and product lead for game modes on VALORANT, and I’m joined by veteran designer Bobby Prochnow (perhaps you know him better as excal from the “cracked dev squad”). We’re working with a small team of amazing developers to help build out the Modes ecosystem for VALORANT.

Let’s cut right to the chase. You might be thinking to yourself “What modes?” VALORANT has one big mode: the plant-and-defend-the-Spike gameplay that you all know and love. And while that mode and the tactical shooter gameplay you’ve come to expect will absolutely remain the focus, we like to dream that VALORANT has unlimited potential for additional gameplay modes and expansion in the future. Our desire is to create modes for all types of players, needs, mindsets, and moods.

Now that the game has launched, you’ve probably already played our first new mode. And if you haven’t, let us introduce you to something that we hope will bring a little spice to your tactical shooter entree: Spike Rush (BETA)!

Yep! In each round that you spawn, you'll see question mark icons on your minimap telling you where orbs will spawn that round. A few seconds before the round starts, these orbs will appear, revealing which power ups are available to collect. The effects can vary anywhere from upgrading your weapon, to granting bonus damage output—and you can even plague the entire enemy team! 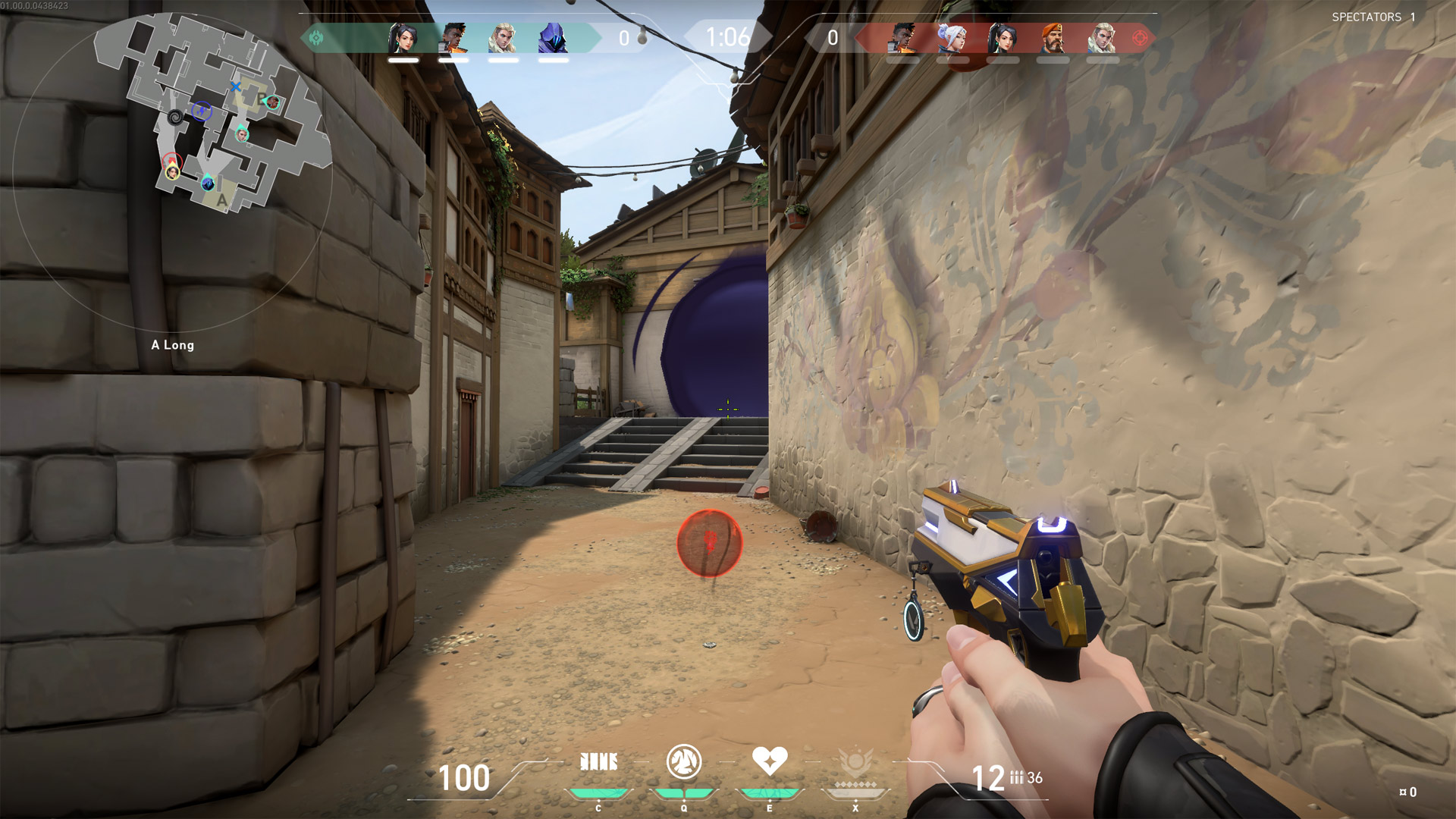 “Okay, sounds cool, but why new modes? WHY?”

We all love epic 52-minute back and forth games to 25 rounds, with huge clutch comebacks, but sometimes we simply don’t have that amount of time to commit to VALORANT. We wanted to make a mode that you could dedicate roughly under 15 minutes of time to, with more player uptime, and allow a little more room to try out new characters, abilities, and guns in a more relaxing environment.

“Will Spike Rush be around forever?”

We expect the ecosystem of VALORANT modes to always evolve. We want permanent modes that you can count on and love for a long time, rotating modes with novel ideas, and maybe even time-limited modes that can get a little—dare I say—wacky. Spike Rush’s place in that ecosystem will be highly dependent on what other modes we create in the near future as well as how players feel about it.

We consider the mode in beta right now. It could be a rotating mode. Or it could get removed eventually. Maybe it sticks around for a very long time. In the short term, we plan on evolving it with more orbs and potentially other changes. You and time will decide its fate!

“Great, so what mode is next? It’s Deathmatch right?”

So glad you asked! We know there are going to be a lot of desired modes in VALORANT. We’re already hearing our beta audience clamor pretty loudly for a Deathmatch style mode. While I can’t commit to a specific launch date yet, I can say this is a player desire that our team hears loud and clear, and we’re starting to build out some of the necessary technology we’d need to support a Deathmatch-type mode.

The desire for a game type that translates heavily to warming up, fragging out, gun skill, and shooting at “live targets” to improve your aim resonates with us both as competitors and as developers.

We’re also prototyping many, many other modes.

Let’s end on our philosophy from here on out: We want to bias toward putting new modes in the community’s hands as fast as possible and evolving those modes along with the players. We want to see and hear your feedback! What kinds of modes do you want to see in VALORANT? What kind of VALORANT experience do you want that we aren’t currently satisfying? How can we help you scratch that itch?

“I’ve got something to say!”

Instagram, reddit, you name it—we’re there reading your comments! I’m @Darkhorse4Life on Twitter and even though his tagline claims he’s bad at social media, it’s a lie, you can tweet at @BobbyProchnow as well. We’d love to hear from you about your Spike Rush experience, or what you want to see out of modes in the future.

Thanks for joining us on this journey. We’re only getting started!