This one’s about putting you on your best behavior. Our Social and Player Dynamics team is out here making sure we can better detect AFK and promote better behaviour with penalties for chat-based and AFK offenses.

This also includes keeping comms-restricted players from jumping into the Competitive queue (you can stop asking now, Lothar).

Enjoy the bug fixes, too! 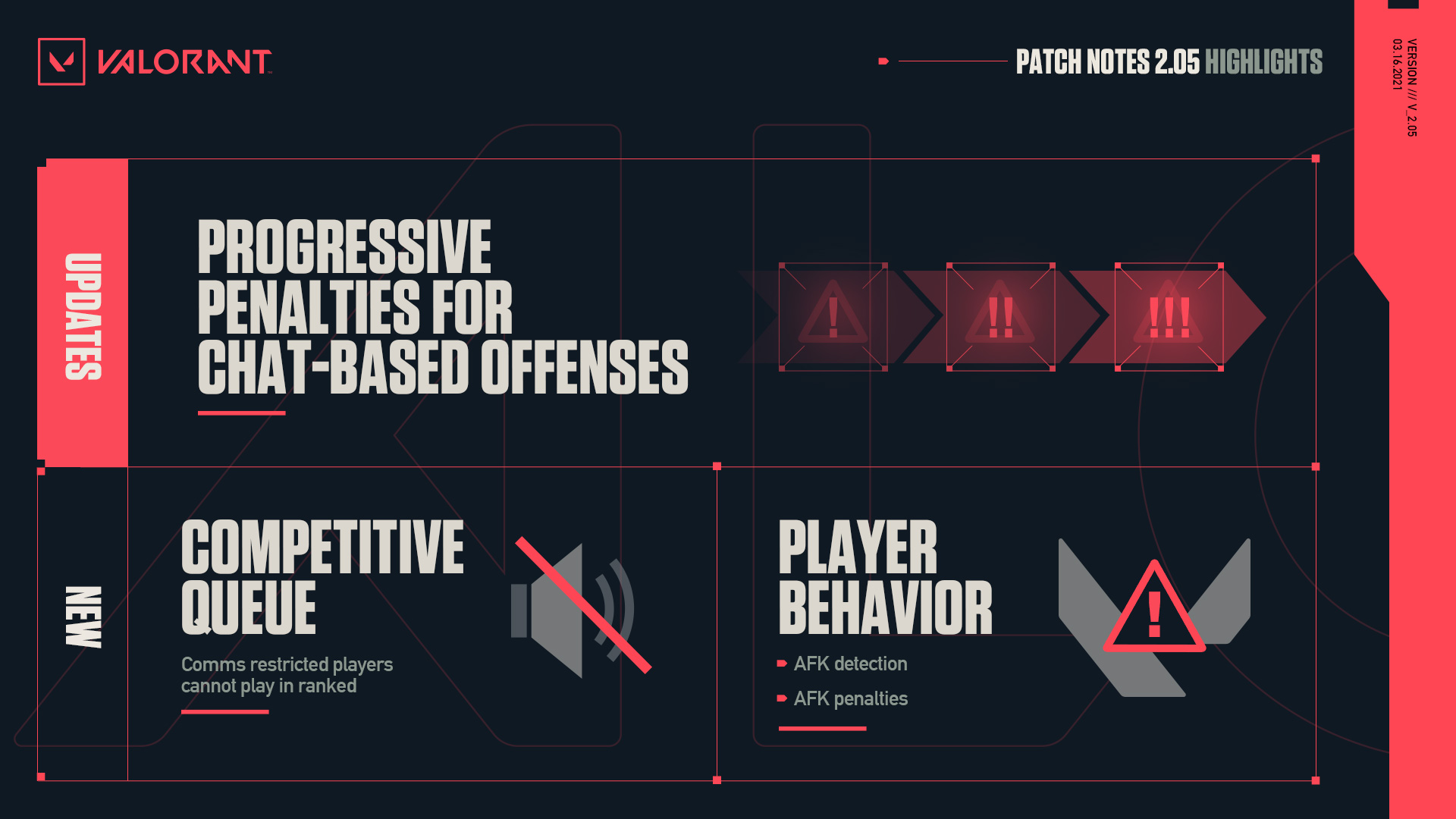