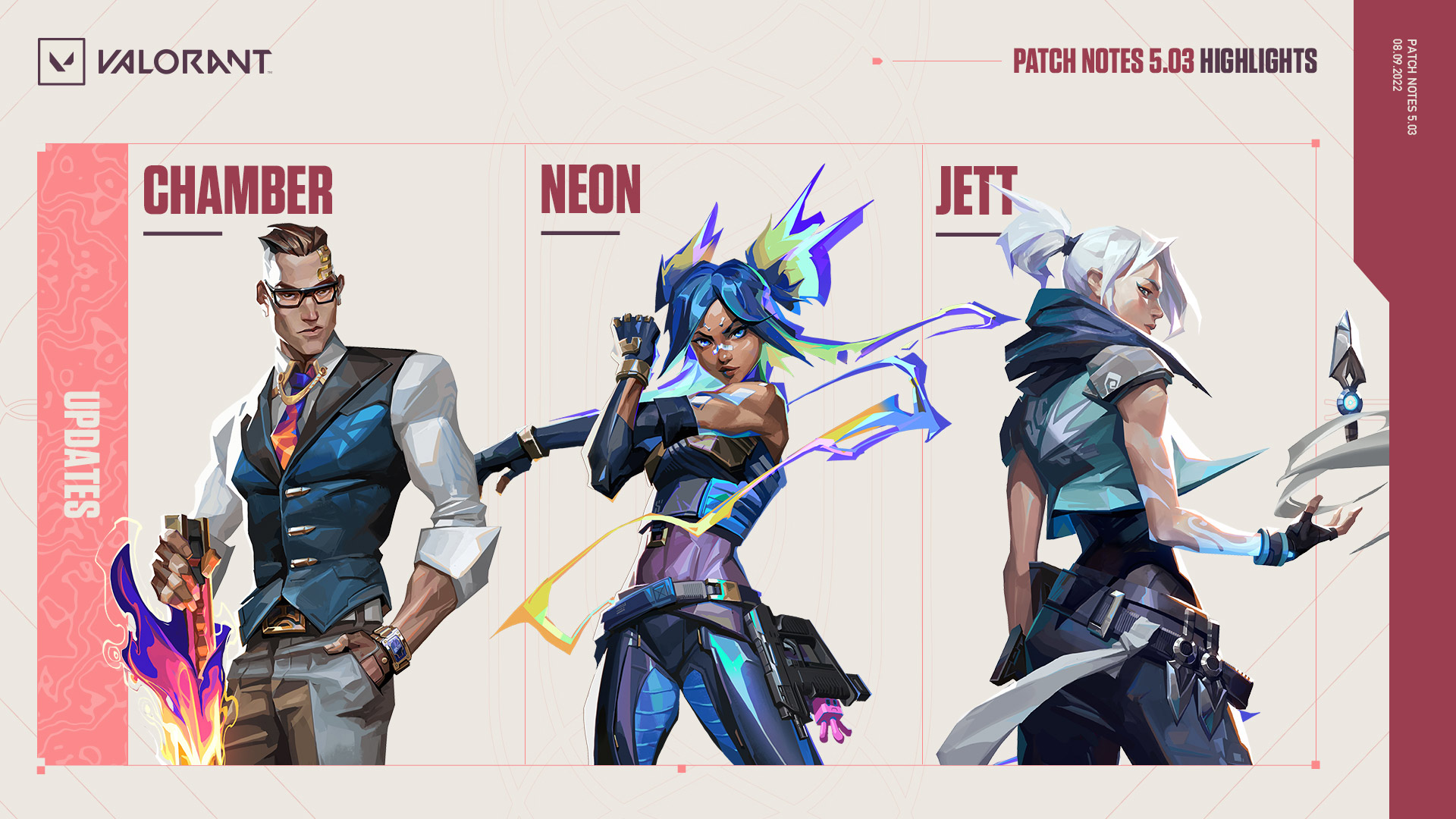 As players in both ranked and pro play have mastered Chamber, his strengths have started to overshadow his weaknesses, making the counterplay to Rendezvous and his arsenal not as effective as we’d hoped. Chamber’s overall strength has also felt outsized, and we believe that we can reduce the complete power of his kit while still keeping him competitive with the rest of the roster.

We're updating the ultimates for the following Agent so that they follow similar regional damage rules to our weapons—where hitting the head and legs of an enemy applies different damage multipliers. Intent is to reward precision and create intuitive consistency across damage in VALORANT.

For Neon specifically, it also gives us more tuning levers for balancing her across different skill levels. This change should also add depth to the mastery needed when tracking while sprinting that her ult demands.