What is the VALORANT Battlepass?

What's up everyone, I’m David ‘Milkcow’ Cole, a designer working on some of the progression systems in VALORANT. Some of you have already seen or interacted with our then work-in-progress Character contracts and other progression systems that were available during our closed beta.

Launch is the debut of our Battlepass—a way for us to reward you for the time you give VALORANT with unique items that personalize your gameplay. We think we’ve designed something that brings appealing customization options for the world we’re building.

Below, I’ll take a deeper dive into our beliefs about our Battlepass, how it all works, and an idea of what you can expect to earn. 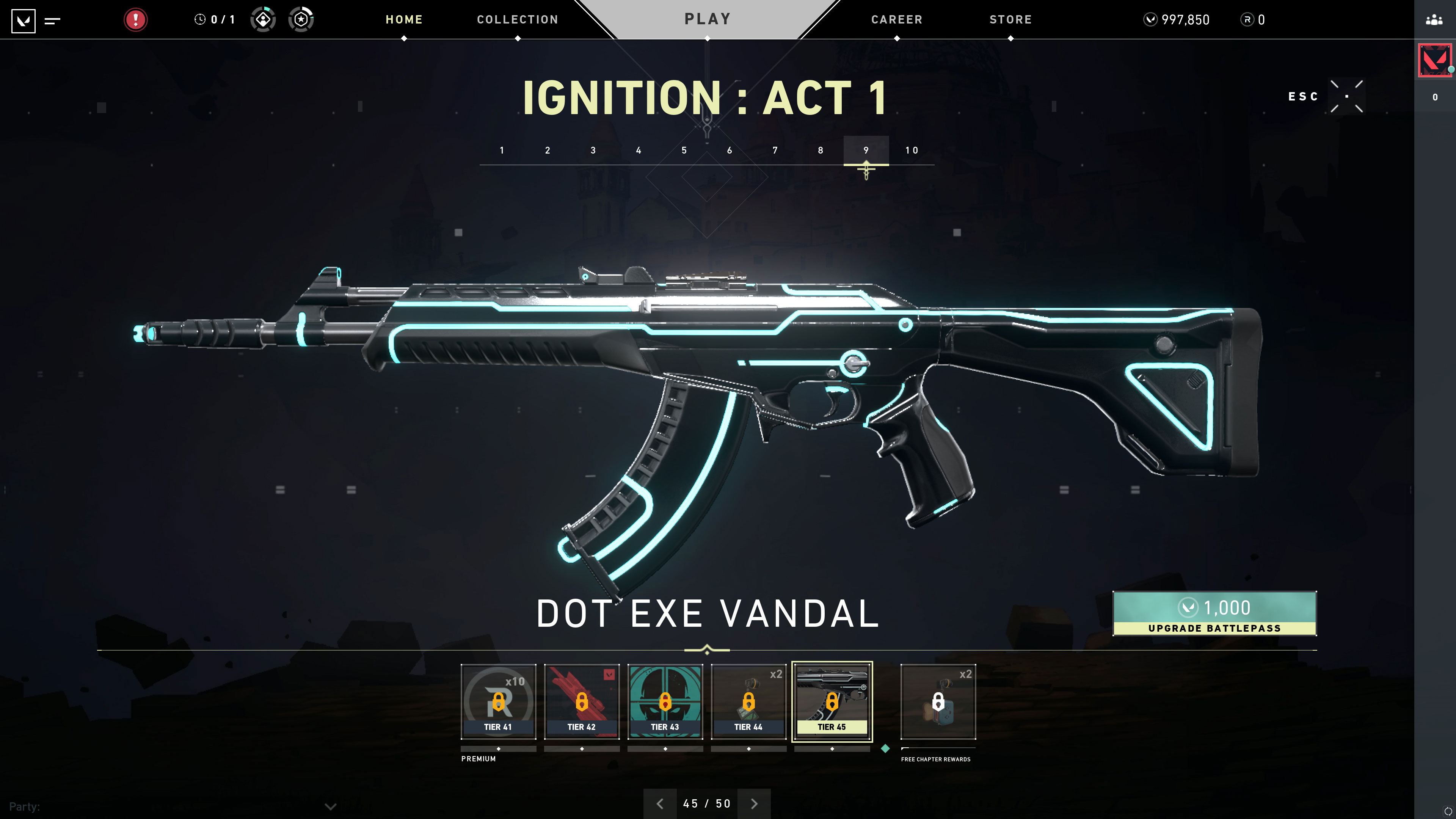 Alright, so what is the VALORANT Battlepass? How does it work?

Consider VALORANT launch day the start of our Episode 1. Each Episode includes Acts, and for every Act, you get a new Battlepass. About every two months, an Act ends along with its associated Battlepass.

The Act I VALORANT Battlepass will have 50 tiers open for a limited time with a free and Premium path. By default, our Battlepass is free and available to everyone who logs in during its duration. It will be active alongside your chosen Character contract, and they will progress simultaneously based on the XP you earn from Missions and matches.

You can progress through all 10 Chapters without going Premium, however, you won’t unlock the 5 items within the Premium tiers. You can always go Premium and retroactively unlock the rewards you earned while on the free path.

Now to the exciting part, all the rewards! Well, a sample anyway. Weapon skins, Player Cards, Gun Buddies, Sprays, and Titles are the types of rewards you can earn to personalize VALORANT during the Act I Battlepass.

If you buy the Premium Battlepass, you’ll be able to earn more of these content types and are able to unlock the “Kingdom Melee” at the end of Chapter 10.

Players without Premium will also earn all of these reward types, as well as the “Kingdom Classic” sidearm skin as the final reward for Chapter 10. 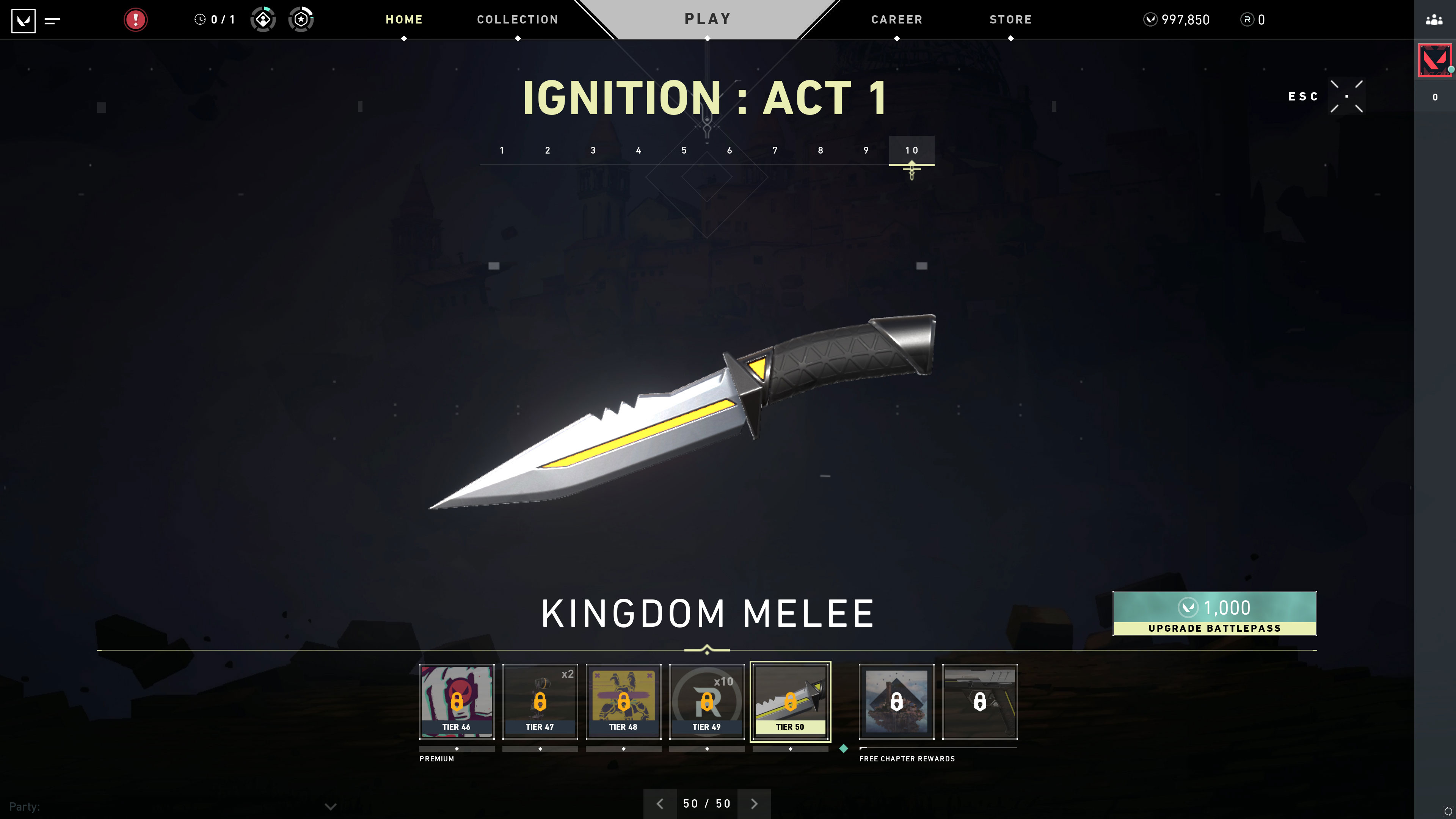 Beyond launch, you’ll get more Battlepasses, each with different content themes as rewards. Remember, once a Battlepass expires, your progression on it will be locked and it will not come back—replaced by the newest pass and rewards. We’re excited for people to be a part of the launch pass and fill out their inventories with exclusive rewards.

A note, for our VALORANT Closed Beta players, we’ve not only updated the time it takes to unlock an Agent, but the Contract rewards as well, to better fit the time investment being put into them. We think it's much cooler, yeah? 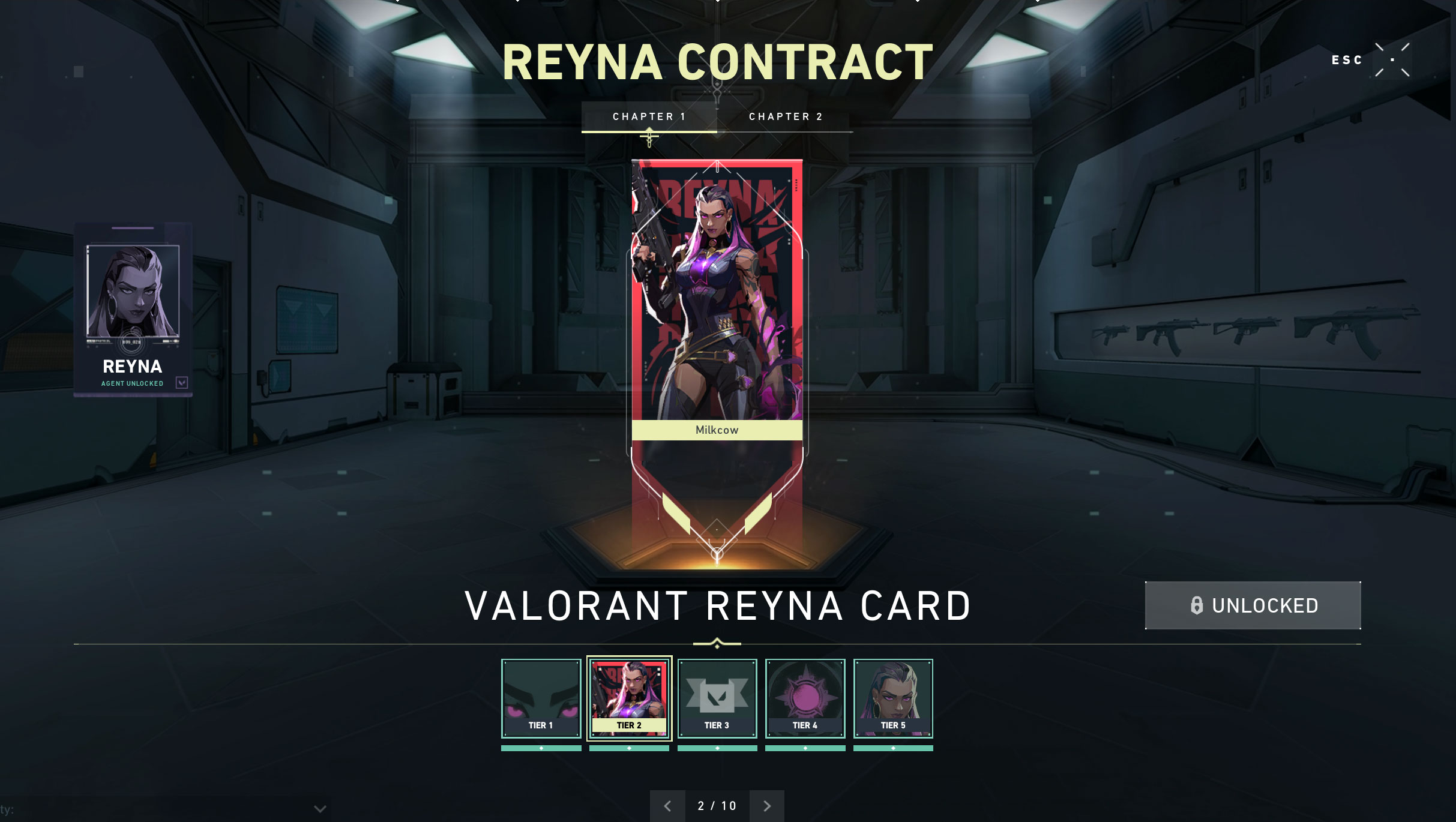 Either way, the sooner you play, the more time you’ll have to earn XP and unlock all kinds of limited-time VALORANT items.

So goodbye and go play!