After a heavy duty patch last time, this one will be a little light. Raze mains should study the Blast Pack changes, guardians of the Guardian might appreciate the buff, and you'll soon have a lower chance of going back to back on the same map in any queue.

This intro is brought to you by Orcane, with the big picture:

This patch is quite a bit lighter than the last but we want to take some time to better understand the impact of our changes. We have already seen some shifts to the meta: Sage and Killjoy are seeing a bit less play, Breach and Viper are making a strong showing, and the Vandal is performing more reliably (especially at close ranges).

While these major Agent changes settle, we have turned our eye on a more pressing issue: the Operator. We know that this weapon can feel very oppressive to play against, often leaving players feeling like there is no hope when attacking. We agree that the Operator is likely having an outsized impact on match outcomes and are testing a suite of changes to address this issue.

For how important the Operator is to the game, we want to make sure we are making the right call, so we’re giving these changes a bit more time to soak internally to make sure we get them just right. 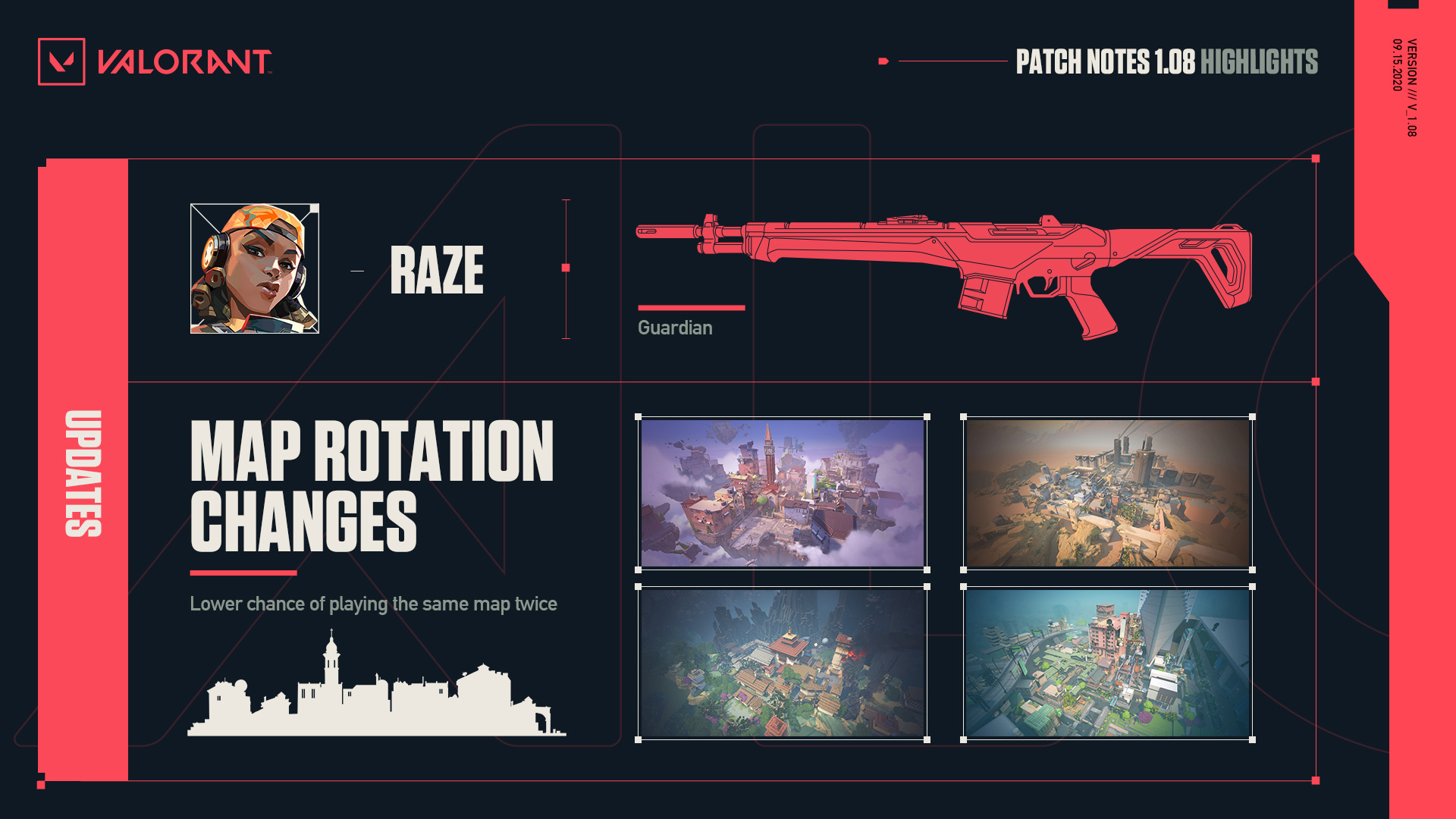 Raze’s Blast Pack has been dishing out damage without giving enemies much counterplay. This change should help make it very clear when Blast Pack’s damage poses a threat while maintaining the utility aspects of the Blast Pack that players have begun to master. The blast pack now does not ‘fizzle’ when shot and will still do damage, meaning it should still be approached carefully if in lethal range.

It’s happening! The possible pool of maps you can get placed on is now ‘pseudo-random’ rather than pure random. What that means is if you just played, say, Haven, the matchmaker will deprioritize that map in your next game.