Will you make it so we can hide account levels?

We’ve seen the feedback on account levels sometimes used as fuel to be toxic to another player (be it their rank-to-level ratio, or something else). We hear you and we're working on it right now (along with some other minor improvements to Account Leveling). It'll take a couple of patches to wrap development and release the change, but we intend that those of you who don't wish to share your Account Level can obscure it.

I’m usually Gold, but this Episode I’m Silver. When I look at ranked population websites it seems like a lot of people are Silver, why are people lower rank in this Episode?

A good place to start is to look at the changes made in Episode 3 intended to refine our matchmaker. These changes have improved match fairness, and we’ve seen fairly positive data results from them. Unfortunately, these same changes also affected everyone's MMR. To be clear, this change hit all of you the same, so everyone's actual MMR number went down by a small percent.

Now that we have gathered enough data, we can comfortably say our lower ranks have too many people in them, and our higher ranks not enough. This is what we call Ranked Distribution: the population of players in each rank. Since your rank is tied to your MMR, this led to the whole playerbase situated in a rank lower than intended (by a small amount).

Lots of websites track this data, so we are just going to show you what our current ranked distribution looks like in Act 1 in the next image (remember, Radiant is always top 500, so it is not shown here): 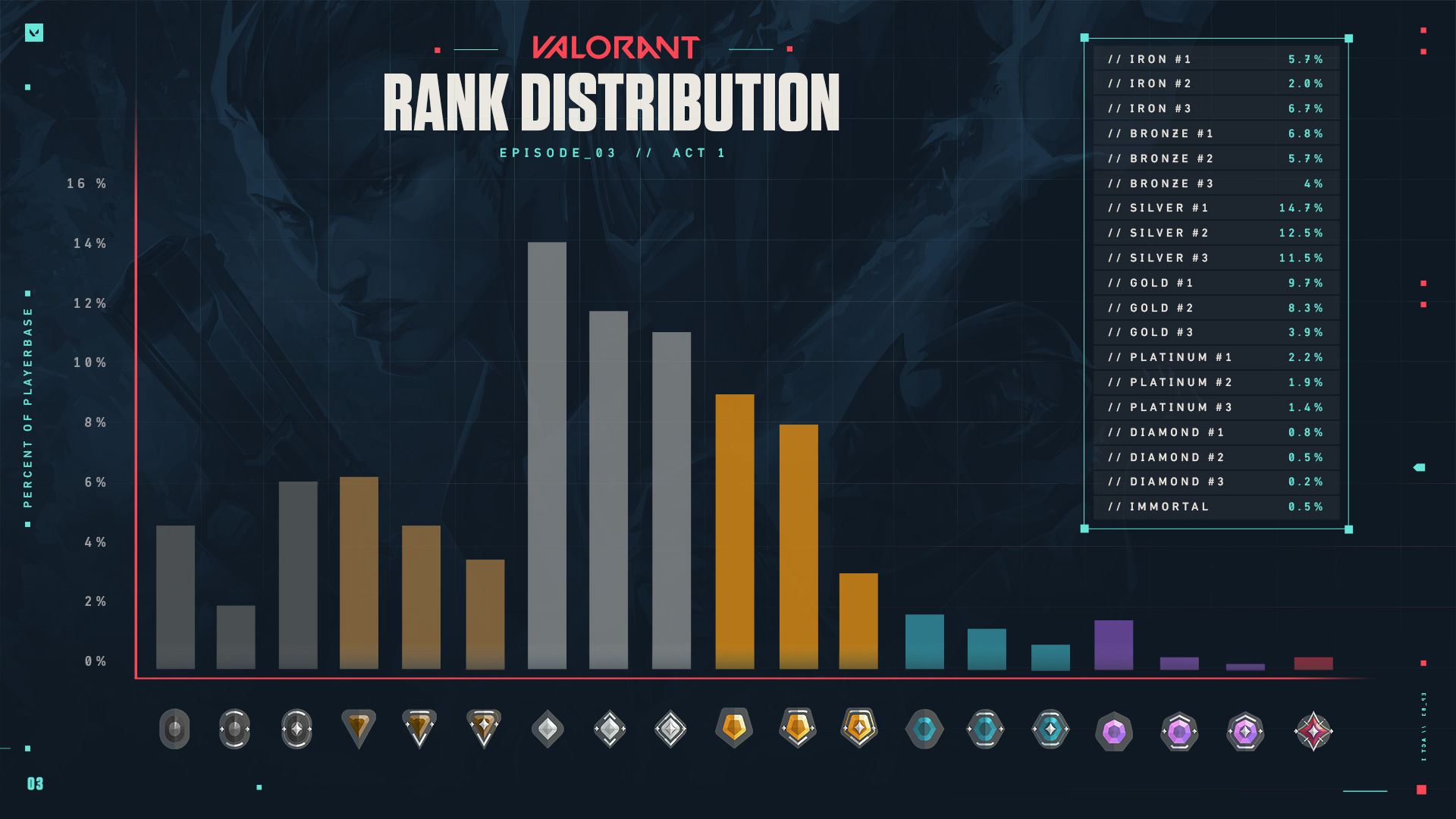 Our target now is to adjust the distribution so as to reduce the amount of players in Silver, and move everyone up to the ranks they belong. Below is our goal for ranked distribution in Act 2: 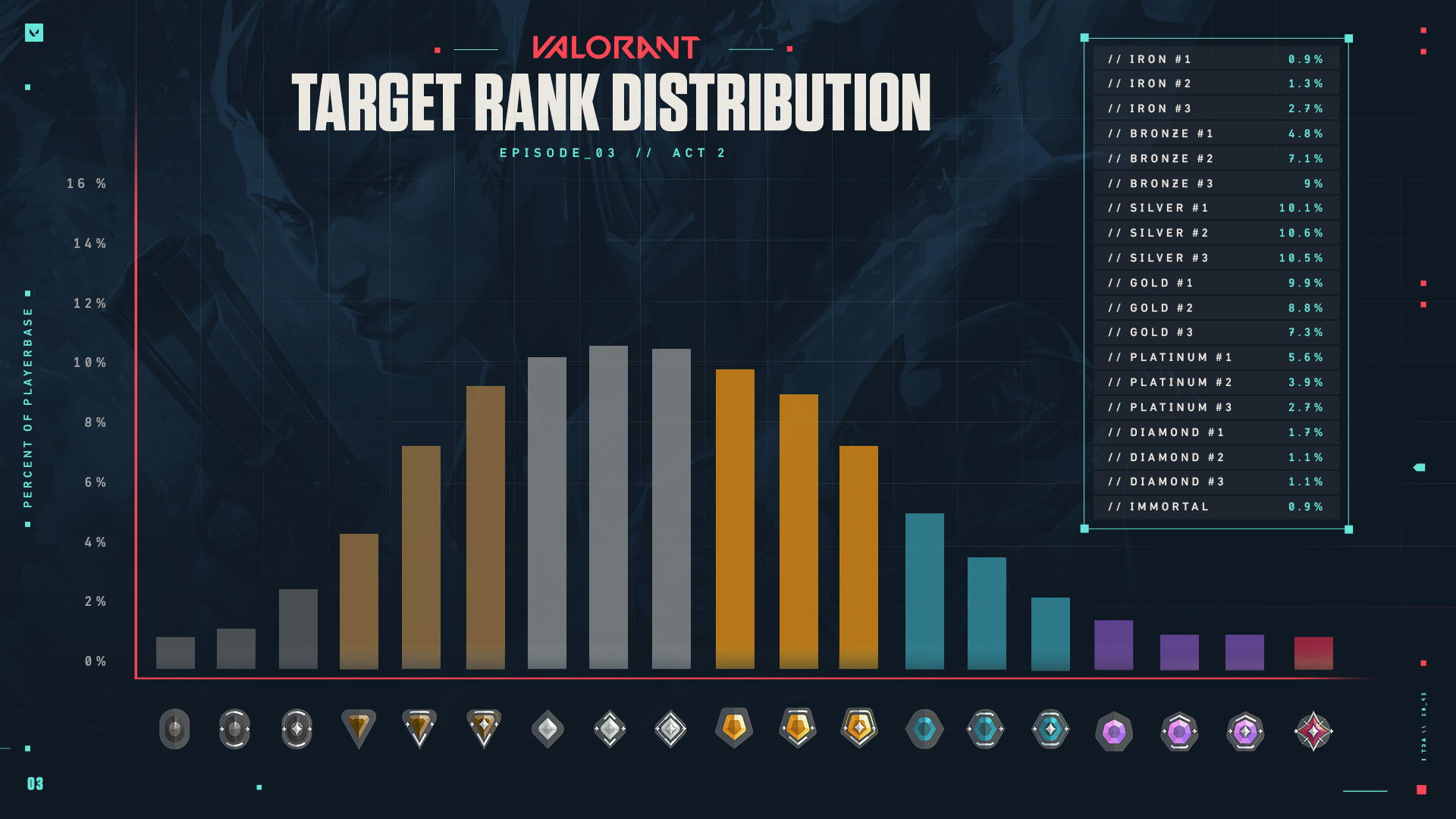 To reiterate, the above data is our goal for ranked distribution. But because the community is always shifting in skill slightly, it may not be exact. This is a complex subject, if there is anything to take away from this post it’s that it should be a little easier to climb a few ranks in Episode 3 Act II. See you out there!

Will you ever release skins again via the rotating shop?

There's always a lot of discussion around VALORANT's rotating shop but we made a key strategy change about a year ago when we released Sakura in the rotating store for the first time. Many of you loved the aesthetic and were rabid to acquire it.

We originally planned to release almost half of our skins via the rotating shop, but seeing the hype around Sakura we wanted to make sure that all of you had access to a skin line when it was released. So, we turned all of our rotating releases into Featured releases after that.

Yes, the rotating store still exists but all of you have equal access to new skins at the launch window (when demand for that skin is at its highest).

Finally, this isn't to say that we will never have skin lines that are introduced exclusively in the rotating store. There are some exciting ways in which it could make sense for a skin line to be released that way, but those will be few and far between.