How we balance VALORANT

Hey, it’s David ‘Milkcow’ Cole, VALORANT game designer. We shipped a game! We have a live game! And with going live to you, we now have a responsibility to maintain the live experience— most importantly—game balance.

From as far back as our Alpha, there has been a group of Content Designers, QA, and Insights setting up the foundations of game balance and health, so that when we hit the live phase of VALORANT (that’s now), we would have a rough understanding of what is healthy, overpowered, underpowered, etc. Hopefully this article will shed some light into how we’ve been approaching balance and where we want to end up.

Game balance is something that every player feels and may have some opinions about. The experiences all of you have and feel shape your perceptions of the game—your perception is your truth. It’s our job to provide an experience that is fair for every player. With that being said, here’s what we will and won’t do:

We’re holding true to our guiding principles—what we call “the tac cycle.” No matter what, the game must uphold the values of the tac cycle in order to be healthy. 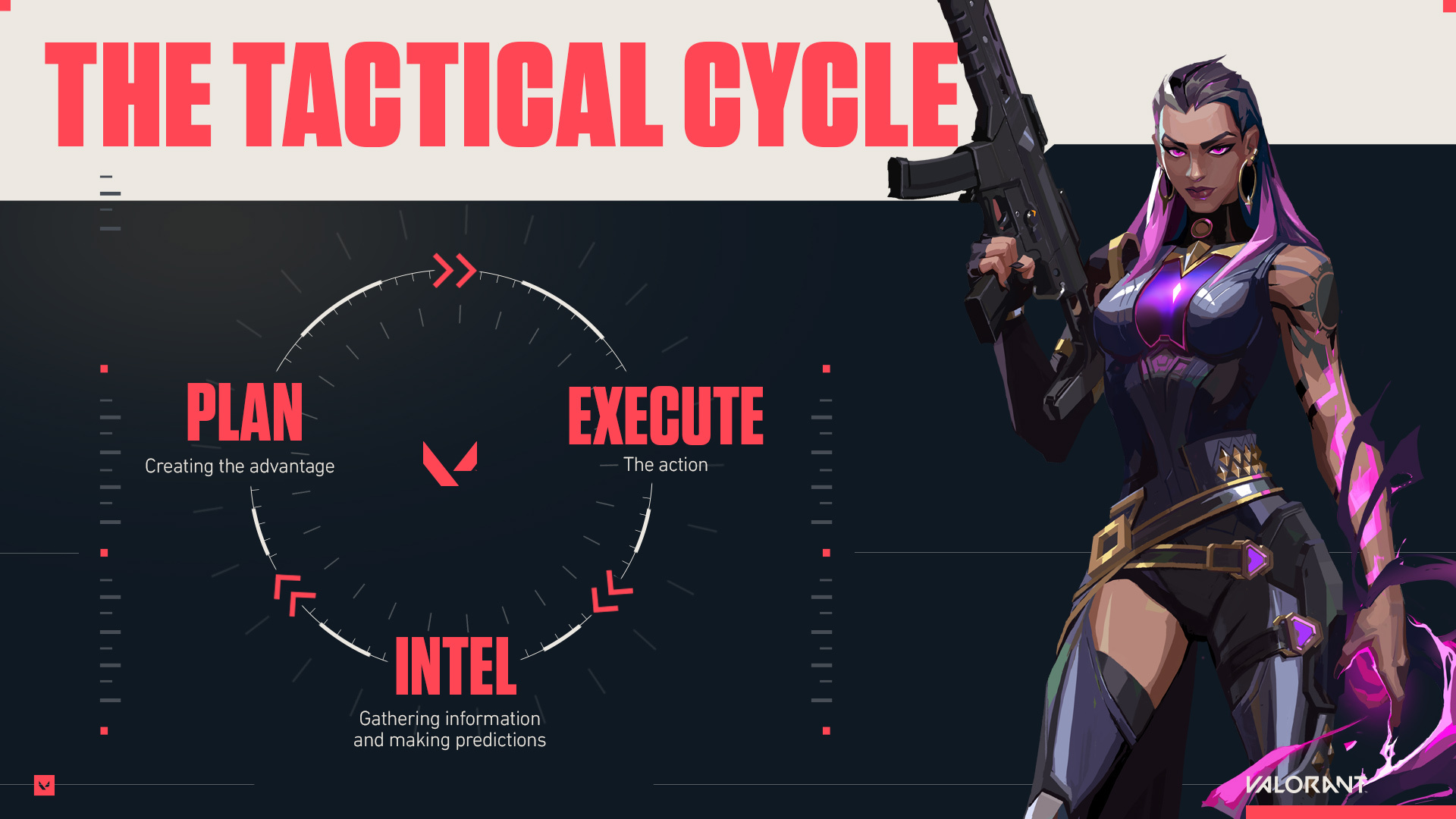 VALORANT is a game where every decision in this loop matters. You are aware of the decisions you’ve made and their outcomes. You can have the perfect intel and plan, but mechanically fail to execute. You can have no plan, yet win by mechanically executing the impossible. Your skill matters.

It's important that this loop happens for every player at every level of play. It starts when you find a match and your map is shown, the characters you pick as a composition, the round you're about to play, and when you’re in that 1v2 clutch on B site.

Our group has been working to set up a process for how we make decisions and gather information over the last 6 months—kind of like building our own balance radar. This has consisted of creating a process of diverse information inputs. 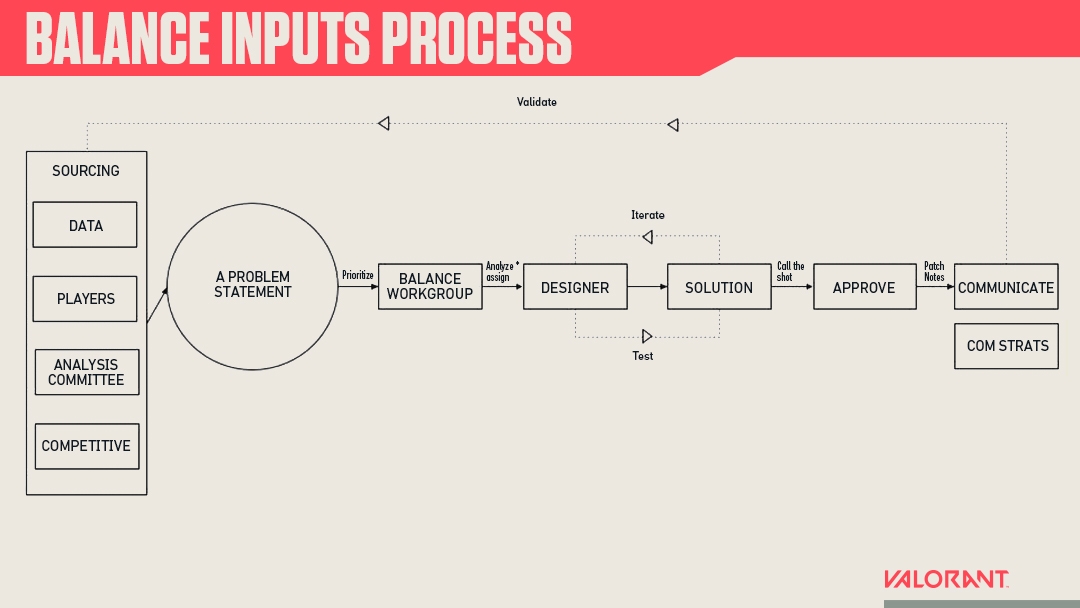 On the balance group, we have three primary sources of information that we take in to inform our decisions. Each of them are incredibly important to help to determine whether the live state of the game is healthy or whether we need to intervene and nudge it back on track.

During our time together as a balance group, we’ve used a combination of game data, sentiment data, and our design philosophy to align on a set of “bounds.” Think of them as borders—when our metrics live inside the borders, we feel the game is fairly healthy. If something dips outside of these borders, it raises a flag and we investigate. We’re not ready to share the numbers of these bounds yet, but the graph below has an example of how we think about bounds on different types of content.

These are examples of statements, not true facts!

Weapons. Where do I begin? Weapons are incredibly complex when contextualized in-game. The data itself does not tell you the story of their impact and we’re still figuring out the exact details of them.

Another part of this process is developing a voice and communicating our changes and reasons in patch notes:

And lastly, we embed ourselves into the ecosystem. We have people on the team playing at a high level, communicating with key individuals for feedback and constantly reading any feedback we can get.

Here’s an example of how all the above pieces come together: Raze was released as strong vs other Agents and lots of vocal sentiment grew about her existence in VALORANT.

This is how the team used the steps above to get to our changelist for Raze in the .47+ patch.

There have been countless amounts of iteration on all of these pieces above to get them to where they are today and we’ll continue to evolve these as we learn how you're playing VALORANT.

Thank you for reading my Dave Talk and if you enjoyed reading, there’s more to come in the future!